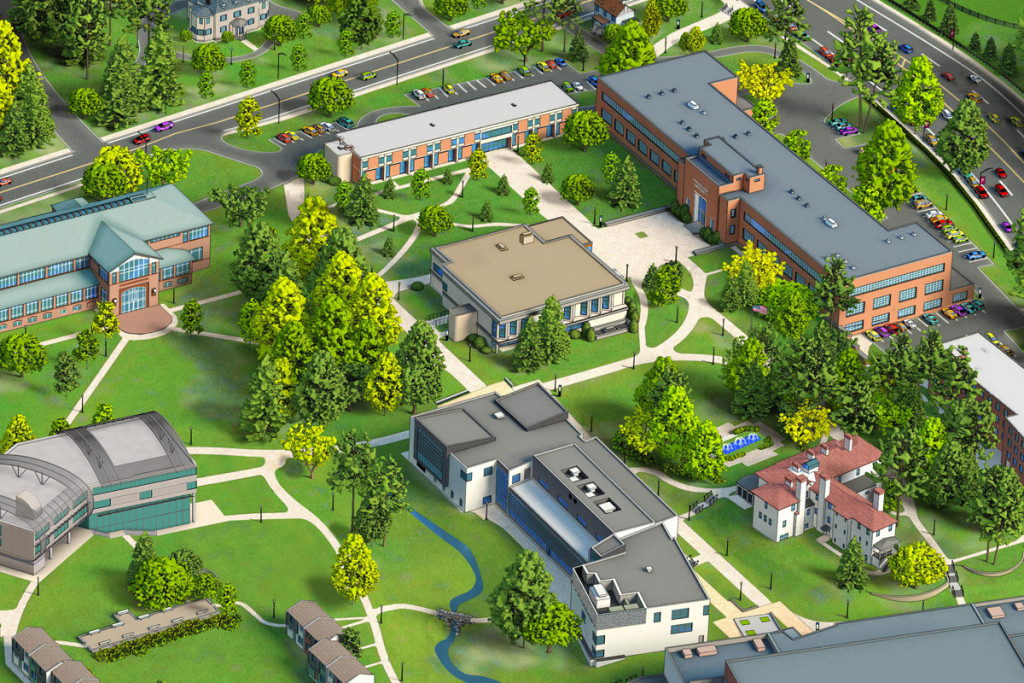 For a clean, graphical treatment of a campus, nothing can beat a 3D Vector map.  By simplifying the image and reducing the detail that is shown in Photo-realistic 3D Maps, 3D Vector allows your buildings to pop while parking, paths and basic landscaping are also highlighted.

3D Vector Maps are traditionally created in Adobe Illustrator or a similar vector program and are sometimes pulled into another program for final retouching.

Though CampusTours’ Photo-realistic 3D Maps are renown for their striking clarity and eye-popping details, some institutions actually prefer 3D Vector Maps for a number of reasons: