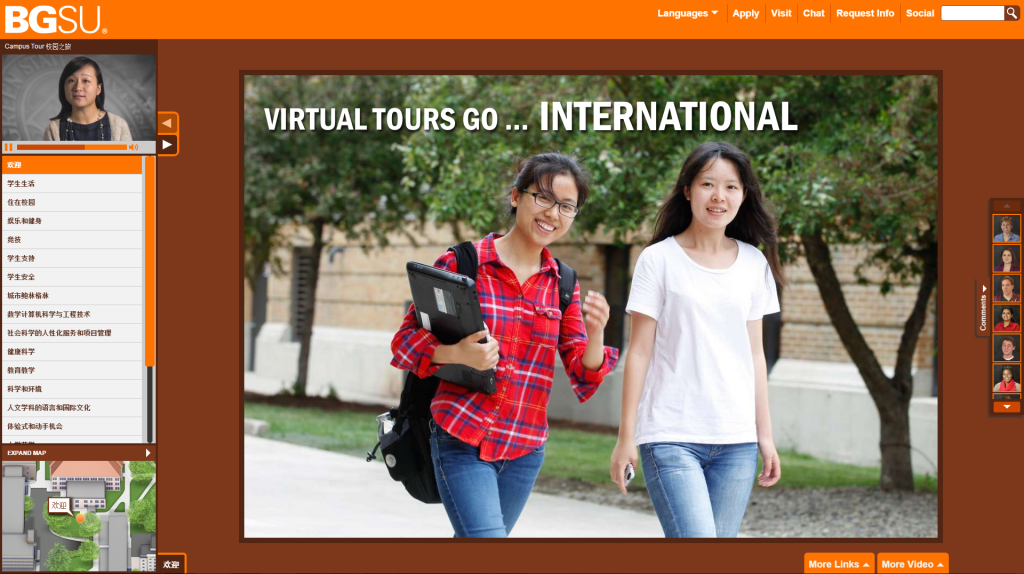 Just a few years ago academic Web sites were usually presented in one language with only peripheral attempts made to accommodate foreign-language speaking audiences.  Today schools are increasingly adopting new approaches to get their messages into the hands of students from far-flung countries, and a sizable number are developing  virtual tours in multiple languages to appeal to an increasingly diverse applicant pool.

The Rise of International

As the aspiration for a college education has become a global phenomenon, U.S. colleges and universities are coping with an unprecedented surge in international applicants and students.  According to The Wall Street Journal, there are nearly 50% more international students in the United States since 2010, and more than 85% more than there were in 2005!  As state support for academic institutions dwindles and costs continue to rise, foreign students, who tend to pay a higher portion of tuition than their American counterparts, are being increasingly courted by colleges and universities.  Some officials have even gone so far as to suggest that foreign students are subsidizing the lower tuition paid by U.S. students. 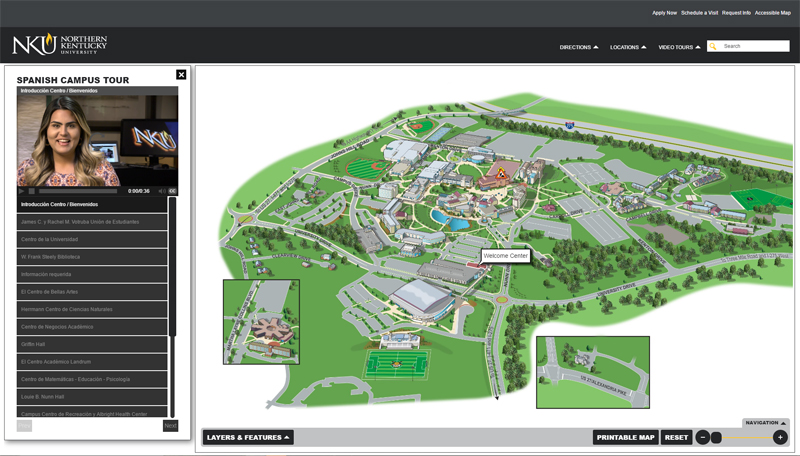 The Importance of the Virtual Tour for International Applicants

While the importance of a virtual campus tour has become increasingly accepted for domestic students, the role of the virtual tour is nearly essential in courting international students.  Most international students do not travel to the United State for extensive college visits and interviews, and so their understanding of the culture and identity of particular American institutions is gleaned primarily through word of mouth, official university materials and the .edu Web site.

CampusTours surveys have found that while a slight majority of international students choose to take the English-language virtual tour, the vast majority of international applicant parents take the tour in their own language (when offered) because they are presumably less comfortable with English.  For these parents, the virtual tour is especially important, as it may be the only guided presentation they are likely to view from the institution.

CampusTours has helped quite a few schools to develop foreign-language tours for their international audiences.  Our experiences have led to some preliminary best practices for foreign language tours:

Is your institution considering expanding your virtual tour presence for international visitors?  Let us know in the Comments section below.